Aerial view of El-Kaa, the Catholic Village of the Baakar Valley, Lebanon

Help the Christians of El-Kaa, Lebanon! 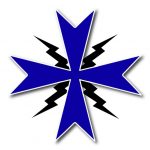 We at Ordo Militaris Catholicus have just learned of the very dire needs of our brothers and sisters in Christ, in this very Catholic Region of Lebanon: it is mostly Greek Catholic of the Melkite Rite, but lately it has become the home to another 1,500 Christian Refugees from Syria..

The region is so poor, that they are forced to sell their land to Muslims, which might lead to a complete take over of the area without the intervention of Christians from outside of Lebanon.  El-Kaa is the English transliteration of the town’s name, which is also spelled, “El-Qaa”.
To listen to our Radio Program on our project to help the poor in this town click the Image of our Blog Talk Radio Programs to the Right here! 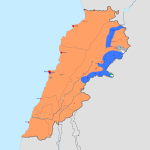 El-Kaa is located in that part of Lebanon which is surrounded by Blue (Hezbollah) on All sides and faces the Syrian Border. Grey indicates the region adjacent which was recently liberated from ISIS (DAESH).

El-Kaa suffered 8 suicide bombers on July 27, 2016, the day after Father Jacques Hamel was slaughtered at the altar of his parish Church in Northern France. (Image c/o Wikipedia)
The Catholic Magazine called “Crux” recently featured their plight in a full length report, from which we will quote some parts:

“While the Christians of El-Kaa say they’ve always gotten along well with their Shi’ite neighbors and they don’t see Hezbollah as a threat, they also know that if an anti-Christian threat were to arise, they’re basically on their own.

Further, given the border location, they’re in the eye of the storm whenever tensions erupt; the bloody Lebanese civil war started in the area, and when Syrian troops poured across the border to occupy a swath of the country, they rolled through El-Kaa.

Christians here also live with the knowledge that ISIS has been active in this border zone, and could return at any time. In the summer of 2016, an ISIS bombing ripped through the village, leaving four people dead.”

“Finally, the village has felt in keen fashion the effects of Lebanon’s overall economic slump, with a large share of its youth either already gone to Beirut or abroad in search of jobs they can’t find at home. It’s a special source of Christian resentment that they’re forced to watch the economies of their Shi’ite neighbors in nearby towns propped up by foreign assistance, usually Iran, and Sunnis elsewhere also getting large infusions of foreign capital, usually from Saudi Arabia, while the Christians are mostly on their own.”

To help your brothers and sisters in Christ, at El-Kaa, please clock the Support Button at the bottom of this page.

Note:  Our fund raising goal could easily go into the millions, considering how many Christians will need help to survive the Winter, in a region without any outside help.  BUT FOR THE PRESENT, we will limit this appeal to just some of the expenses for us to help them and set up a base of operations to provide the security they need to protect them from Islamic Militias:

√ $5000 USD to provide immediate humanitarian aid, which will be distributed as needed by local Catholic authorities.

NMay God Bless you and Reward you for this great help you to our Catholic Brethren!

To make a donation, use your credit card or PayPal account to make a 1 time or recurring donation: