A Mission to Africa 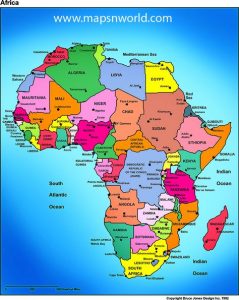 Our Religious Association, the Ordo Militaris Catholicus, has received an invitation to go to Africa to present the Order as a possible solution to responding more adequately to threats from terrorists groups which target Catholics and Christians, and indeed, all innocents.

Inspired as we are by the heroic example of Father Jacques Hamel, who stood fast in his Christian faith despite the imminent threats of death, we cannot close our hearts to Catholics and Christians in Africa, who living in daily and constant threat of grave violence against their persons, property and Churches, are practicing the Christian Faith with far greater heroism than most of us who live in other parts of the world.

This Holy Season of Lent is an opportunity to help our brothers in sisters with the greatest work of charity and mercy: assisting them defend themselves against terrorism.  As a Christian organization founded upon Faith in Christ and following in His Call to walk with Him to the sacrifice of Self for the sake of the salvation of others, We know that its a Holy Work of God for us to respond to the needs of these brothers in Christ.

This Mission is to be undertaken by volunteers from our French and Italian National Chapters. However, since the costs of the vaccinations required, the visa fees, and travel expenses are not inconsiderable, we are asking Members of our Order and Friends, worldwide, to consider making a donation to defray the expenses of the Mission.

UPDATE: Summer of 2019 — Many thanks to all who supported this effort. While formal steps were taken to found a Security Company in Africa, we lacked the sufficient support on the ground their to go forward. The Order remains committed to making foundations in Africa as the need for security and defense for Christians is urgent and extreme in not a few places.