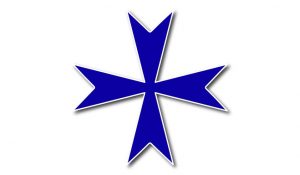 To those Christian men who are called, from eternity, to be true warriors of God:

Our Order seeks a unique kind of Christian man.

Not those who call themselves Christians and who doubt Christ or Sacred Scripture. Not the men who admire the world, the flesh or the devil. Not those fools who obey the Masonic Lodge, the Marxist parties, and who have adopted the atheism of Modernists, or the perversion of idiots who are confused about the most fundamental things of nature.

We seek, rather, those called to the only true nobility.

Those called by Jesus Christ to be true warriors of God. Who have heard His word, “Greater love no man hath, than to lay down his life for his friends. You are My friends IF you do what I command you!” and rejoice at it.

Men who realize they were reborn in Baptism to live for ever. Men who in the cause of Christ fear not death, knowing that Death has no hold over them, in the service of the Risen One! 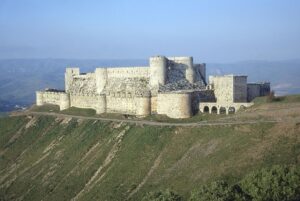 Men who are above all, loyal servants of Jesus Christ. Who consider it the very least thing they can do, to dedicate their lives to the service of His Kingdom, a kingdom which like any other can only be defended by force of arms.

Men who see in the work of defense and security of innocent Christians, the highest work of the Angels of God. Men who wish to be pure as Angels, so as to be humble servants of the Crucified.

Men whose minds are not deluded by seeking anything in this world. Men who realize true riches and true nobility consist only in serving Jesus Christ.

In a word, men whose motto is, “I exist to serve“, and serve not just anyone, but the Highest King of Kings, Jesus Christ Our God and Savior!

Greater love no man hath! And it behooves that such men, called by God from all the nations of the earth, unite in one Order, with one purpose, to do that which God has inspired them from all eternity to do. To fulfill that destiny that He only gives in eternity to those whom He has created for this purpose.

Few there are who have sensed this grace from their youth. But it is precisely these men whom grace has marked out for our unique vocation. Men whose faith in Christ leads them onward to be warriors, not wimps; fighters, not pacificists; to oppose evil, not tolerate it; to rush to the defense of the innocent, not sit around and talk about it.

If this is the grace which God has showered on you. Join us!

If this is the vision you have of your life as a Christian, do not waste yourself in any other occupation.

See our recruitment page for more information and real the text of our Holy Rule.